One End of the Stinky Stick: The unprofessional reality of ghosting 

One End of the Stinky Stick: The unprofessional reality of ghosting  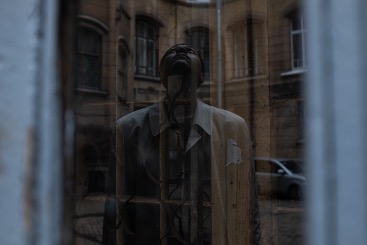 Recently I had the opportunity to apply for a position I really wanted [COO], with a Veterans Organization in San Diego.

In doing my due diligence, here is what I found:

Knowing this, knowing all this, I knew I had the skills, experience to help “right the ship.” I opened my old, dusty CV and tried to resurrect the dinosaur and bring it into the 21st century, and I applied.

After sending CV I receive the canned response the same day from the VP of Human Resources, “Thanks, John!  I’ll forward this on to the hiring manager and will be in touch regarding next steps.  Appreciate your interest!” I thought we were off to a great start, except the next steps never appeared.

After hearing crickets for a month I decided to email the VP of HR an ask about the process, “bluh, bluh, bluh, I would like to kindly ask if you could share with me your decision timeline. bluh, bluh, bluh” – The silence was deafening.

So, I emailed the Hiring Managers [which would have been the CEO] Assistant – Crickets.

I must admit, it has been several years since I decided to send out a CV for a position. I am used to just growing in my current position or getting promoted from within. But from what I can remember, not receiving a reply to a position opening has never happened. Sometimes I would receive an email, or call, to set-up and interview, and a few times I have received the ever polite, but canned email saying,  Thanks for applying, we have decided to go in another direction – I am good with either, at least I know. But I have never been ghosted.

Since this is something new to me, I needed to do some research – it’s my nature, I need data.

Two Ends of the Stinky Stick:[i]

Let’s start by developing a working definition of ghosting in relationship to business. The term ghosting comes from the world of dating. It is when a person cuts off all communication with the person, and their friends, after dating, without any warning or notice before hand. So, to extend ghosting into the business world we can say, Employer ghosting is when employers, recruiters, or HR does not communicate after the original application, resume or CV, is received for a position, and ignores any attempt on the part of the applicate top communicate.

Excuses for Putting Stink of the End of the Stick

One article[ii] from Shippenburg University strives to take the pressure off the employer by sharing several points to excuse the unprofessionalism of ghosting.

Blaming the applicant seems to be the norm. Chris Thorne of Thorne Consulting[iii] advises job seekers to rethink what constitutes ghosting in the interview process. In his mind, by not hearing from a hiring manager, or recruiter, before it even gets to the initial phone screen, it doesn’t count as ghosting. “Understand that in the job-seeking candidate pool out there, an initial contact unresolved is not being ghosted,” he said. “So recalibrate your expectations of what … being ghosted, as a term, is in the first place.”[iv] Nothing like the sweet sounds of a Boomer sharing, the Company is always right.

None of those conditions excuse being ghosted. They may all be honest reasons, but to ghost an applicate because of them echoes the very last point in their reasoning:

You really can’t Afford to Ghost Applicants in Business.

In 2020, a survey conducted by Indeed showing employers ghosting applicants has affected 77% of applicants surveyed since March of 2020. While that is alarming, what is even more alarming is only 27% of employers say they haven’t ghosted an applicant in the past year; 73% of employers say they have ghosted applicants in the past year. This can only indicate, ghosting is becoming, or has become, a standard operating process in many employers. This will only lead to creating a disastrous candidate experience and in the days of Social Media,[v] this will affect the employers ability to hire the right people.[vi]

Be Professional: When you ghost applicants, your sharing personal business mantra “People Do Not Matter, Professionalism does not matter” Even if you have been ghosted by employees or applicants, be the professional, be the adult in the room, and show you value those who currently work with you, and those who will work with you in the future.

Be Respectful: Respect is not earned, it is given. It can be taken away, but everyone starts with 100% respect. If you see respect as something earned, you’ve lost the conversation before it started. Companies and organizations who treat people with respect, with human dignity, with respect will control the future. They will find, when you respect others, it will come back to you.

Be Transparent: In the world of Social Media, and instant communications, direct, open, honest and transparent communication is a life changer. It’s not easy, and you may have to share some warts, in the end it is freeing and life giving.

Here’s What I’ve Learned: Like it or not, ghosting has become the new normal; and I will add it completely sucks. Remember, in ALL cases ghosting is a reliable indicator of future behavior. An organization ghosting you now, IS an organization who will not value you in the future.

[ii] Employers Ghosting Applicants | What to Do If You Don’t Hear Back – Career Center | Shippensburg University: Accessed 10/9/2022